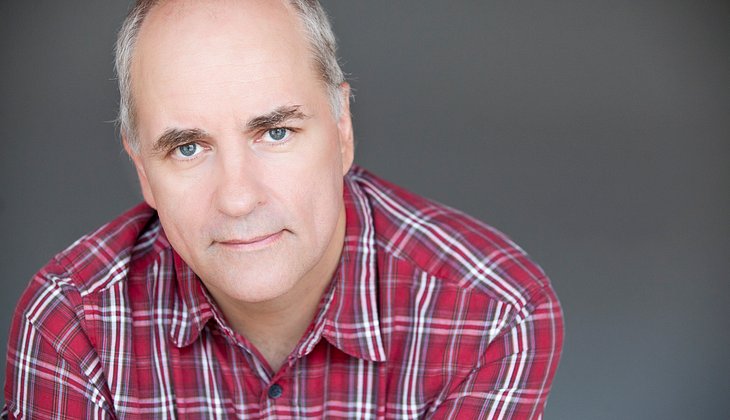 Here is but a small taste of Terence's many professional endeavours and achievements during his wild and wonderful life as an actor....

Terence Bowman was born in Montreal , Quebec, Canada in 1963.

He was in first school play at the age of 7. From there on in, he appeared in every play, talent show and opportunity to be on stage that his school had toffer.

At age 16, he joined the Narroway Theatre Troupe under the direction of Montreal actor/writer/director Harry Standjofski. Over the next five years, Terence would appear in 18 plays with the troupe (many of them original Standjofski creations). During this time, Terence also wrote, directed and acted in numerous amateur and student films and videos.

Terence studied in the Theatre Workshop Program at John Abbott College in Ste-Anne-de-Bellevue, Quebec. He appeared in student productions of Twelve Angry Men, Godspell, Teahouse of the August Moon and A History of the American Film.

He began his career with an amazingly succussful run as an improv and sketch comedy perfomer. He was a member of the nationally reknowned Montreal-based sketch comedy troupe, The Vesitules. He was also a founding member and Artistic Director of On The Spot Improv, one of Canada's longest running improv troupes (see the SKETCH AND IMPROV COMEDY link for more).

In the early 90’s, Terence played the role of Captain Kirk in three hit productions of Star Trek: On Stage. He played the Player King in dual productions of Hamlet and Rosencrantz and Guildenstern are Dead.  He later starred in two different one-man shows of his own creation.

Terence was nomimated for a 1993 Gemini Award in the "Best Comedy Performance" category for his work with The Vestibules on the Just For Laughs TV series.

His feature film work includes No Good Deed with Samuel L. Jackson and The Sum of All Fears with Ben Affleck.

TV appearances include recurring roles on the series Blue Mountain State and Big Wolf on Campus along with multiple appearances on the semi-improvised series Prank Patrol. Other TV works includes The Reagans, Inheriting Trouble, Lassie, Are You Afraid of the Dark?, The Audrey Hepburn Story, Largo Winch, Fortier, Gleason, Vampire High, The Jackie O. Story, Radio Active, Fries With That?, The Mystery Files of Shelby Woo and A Diva’s Christmas Carol.

Terence has also lent his voice talents to such animated series as Arthur, Potatoes and Dragons, Animal Crackers and Postcards from Buster as well as to some 60 plus radio commercials.

The Sum of All Fears | Paramount Pictues
Principal, Phil Robinson

The Vestibules
Three different CBC radio sketch comedy series along with regular appearances the radios series,Prime Time, Nightlines and Definately Not The Opera, to name a few. 1989-2006