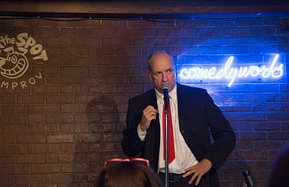 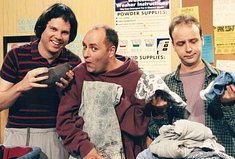 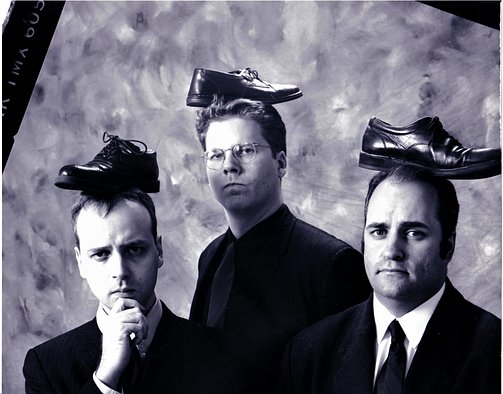 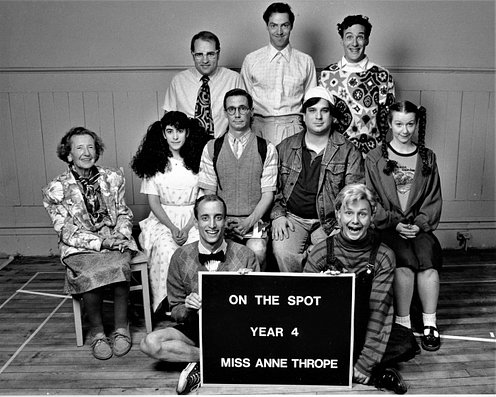 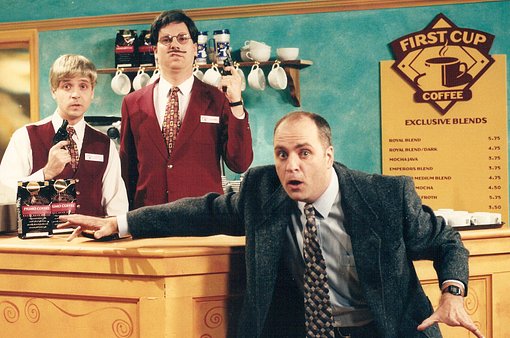 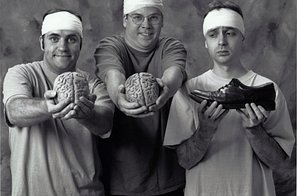 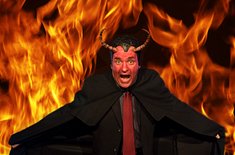 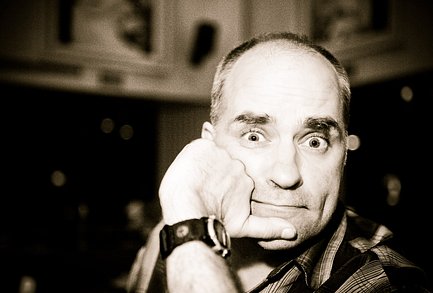 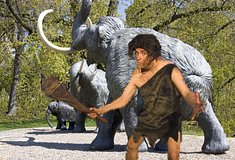 Terence began his professional perfomring career with an  amazingly successful run in the off-the-wall world of improv and sketch comedy.

THE VESTIBULES (AKA: RADIO FREE VESTIBULE)
in 1987, Terence and fellow Concordia University alumni Bernard Deniger and Paul Paré founded one of the best known sketch comedy troupes to ever come out of the city of Montreal. Radio Free Vestibule began as a 15-minute-a-week comedy series on McGill Radio that same year.

The troupe, who changed their name to The Vestibules in 1996, had three different CBC radio series as well as regular appearances on countless CBC radio shows. The Vestibules also appeared on multiple episodes of Comics!, Sketchom and the Just For Laughs series on CBC-TV. They were also seen on CTV, the BBC, The Comedy Network, A&E, Comedy Central and The Travel Channel. Additionally, the troupe made numerous live appearances across Canada, the U.S. and the U.K.

ON THE SPOT IMPROV

In 1990, Terence became a founding member of Montreal’s longest running improv troupe, On The Spot Improv. The award-winning troupe appeared regularly at Montreal’s legendary Comedyworks Club, often performing in as many as six shows a week as well as an extensive amount of corporate, school and other private shows.  In 2007, he took over the reigns as the troupe’s Artistic Director. By the time of Terence’s departure from the group in 2011, he had been active member of On The Spot for a total of 21 years.

On The Spot participated in improv tournaments and festivals all over the world (Chicago, London, Amsterdam, Victoria, just to name a few). They were three time champions of the Just For Laughs Improv Tournament. Terence also appeared as referee and as coach of the Montreal improv team on The Comedy Network's World Improv Tournament series.
In 2006, Terence co-founded Mprov: The Monteal International Improv Festival, which is held annunaly in Montreal to this day.

To date, Terence has made a total of 11 appearances at The Just For Laughs Festival in Montreal.